Don’t Let Self-Doubt Get You Stuck

Doubt is troubling. It leaves us feeling unsettled and unsure. But self-doubt can be even worse, as those feelings of uncertainty and lack of faith are in ourselves. We’re not sure we’re able enough, think well enough or feel enough, and that self-doubt can lead us to a place where we’re stuck and even terrified […]
Growth | Self Development
November 3, 2022 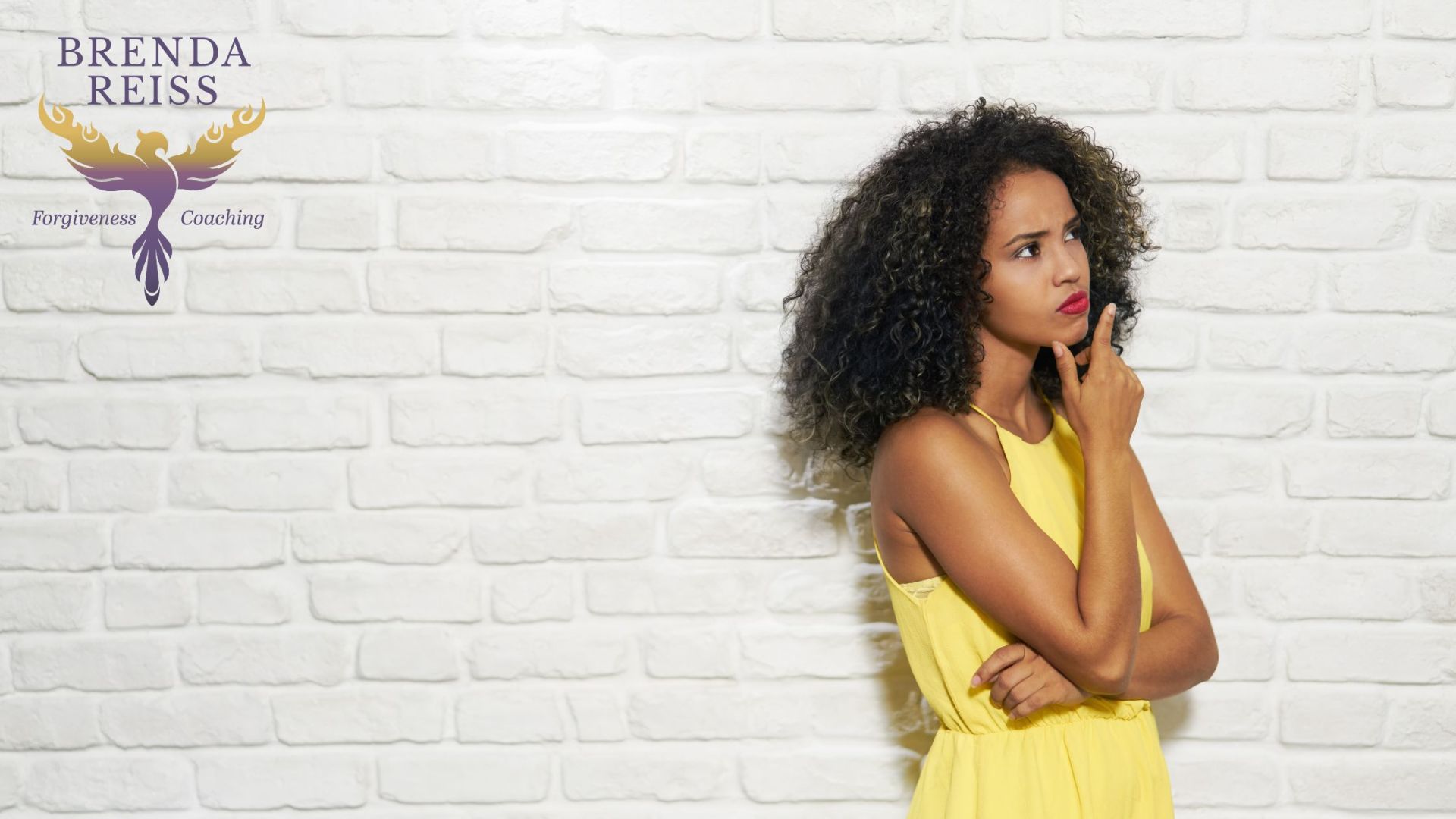 Brenda Reiss is a Forgiveness Coach and author of “Forgive Yourself” and “Journey to Your Heart Space” and host of the “Forgive Yourself Podcast”. She facilitates workshops and group programs that guide women from being stuck in guilt, resentment, and self-sabotage to feeling freer, more expanded and ready to share themselves and their passions with the world. 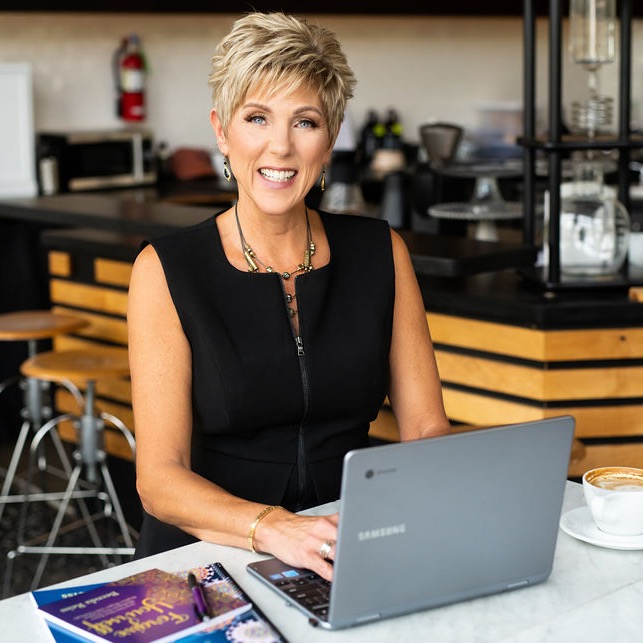 Wondering if you are ready to work on forgiving yourself?

Take our quiz to find out! 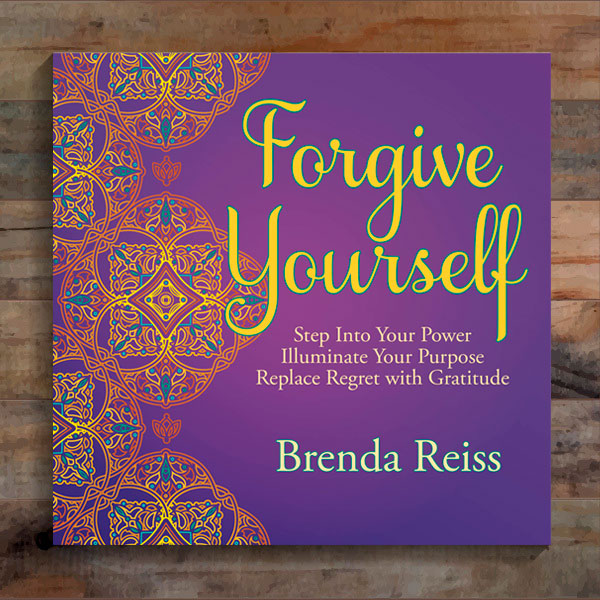 Buy Brenda’s Book and learn how to…

Don’t Let Self-Doubt Get You Stuck

Researchers describe self-doubt as a lack of faith in oneself. It’s a feeling of uncertainty or assurance in one’s abilities, thoughts, emotions, opinions, beliefs, actions,  decisions, self-views or any truths we believe and hold in our minds. In a few words, it’s a feeling of instability–and you’re the subject.

Those who have self-doubt likely go through life feeling very critical of themselves. It’s as if they have a voice inside their head (maybe it’s theirs; maybe it’s someone in their life), and that voice constantly tells them to give up because they’re not going to succeed. Those with self-doubt may believe whatever they’re trying to accomplish isn’t worth it because they’re just not good enough anyway.

When you struggle with self-doubt, you constantly remind yourself that you and/or your efforts simply aren’t good enough…and as such, you may feel stuck in a situation or circumstance because you don’t believe you can make it different or better. 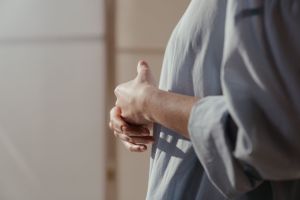 That inner voice you hear can sure be a bully.  Always trying to undermine your strengths and qualifications and make you feel less than enough. It’s even easier to do when you have others in your life who’ll back up that inner bullying voice. Often, those real-life people are validation for your inner bully.

When you doubt yourself and your abilities, you can find yourself crippled to do anything. If you don’t feel confident in your decisions and in the people in your life,  it can be hard for you to feel as if your life really is in your own hands.

Too often, self-doubt disrupts your thought patterns so much that it spills into your relationships with others. You get into a habit of being so critical of yourself, it almost becomes second nature to be hypercritical of others.

That hypercriticism becomes a stumbling block between you and others, which means that you may miss out on the loving and nurturing relationships you not only crave but deserve.

Where Does Self-Doubt Come From?

Where does self doubt start? Researchers have been looking into that very question for generations. Self-doubt is not a new concept, and its causes seem pretty universal.

One cause of self-doubt that researchers believe has strong significance is the way important people in your life react to you. It’s human nature to want to be liked and for people to find our thoughts, actions and beliefs acceptable. Of course, that’s not always going to happen because we can only be responsible for what we give of ourselves, and people’s reactions are outside of our control.

But, when those we esteem react to us in critical ways–question our thoughts or call our mistakes stupid (instead of positively, like opportunities), we can fall into a pattern where we start to agree with them and then doubt ourselves. This can often stem from childhood, where we are very impressionable and easily influenced by the perceptions of those we love and look up to. Remember that it doesn’t just have to come from your family of origin; it can be criticism from coaches, teachers, or other trusted adults that makes you doubt yourself.

This comparison is simply not fair–often, we compare ourselves to people who have different skill sets or more experience in something, and we’ll never measure up. And that’s just how self-doubt continues to manifest–chasing what we never needed to measure up to in the first place.

More Reasons We Doubt Ourselves

Those of us who have suffered from low self-esteem are far more likely to doubt ourselves. When we don’t see ourselves as the valuable humans we were created to be; we don’t believe in the gifts and talents we all innately possess.

Additionally, past experiences and mistakes lead us to doubt ourselves. When we’ve failed before, we may not trust ourselves not to fail again. It’s such a loss, too, because in doubting ourselves, we lose the opportunity to see failure not as a problem but as a motivator to help us be the best selves we can be.

Sometimes, when we’re under heavy pressure or immense stress, we can start to doubt ourselves. A little bit of stress can be motivation, but sometimes heavy stress can fatigue us to the point that we just don’t have the energy to complete anything. We consider ourselves failures instead of recognizing the true source of that fatigue.

What Are The Unhealthy Ways We Deal With Self Doubt?

Sometimes we just isolate ourselves; we’ll sort of check out and keep to ourselves so that we don’t have to do or show anyone anything. At other times we distract ourselves with things that can be unhealthy. We self-medicate with alcohol or drugs, or indulge in retail therapy that goes overboard. We might procrastinate doing something because we anticipate the criticism we’re sure will come. Sometimes we just blame something or someone else for our nagging thoughts.

I tend to see a lot of people who carry a lot of self doubt become overachievers. They work to avoid  any mistakes or perceived failure situations they may encounter. They’ll put in so much extra effort to compensate for their doubts about themselves that they just get weary. They’re not sure whether their extra effort made the difference or that they would have been just as successful if they’d only believed in themselves and relied on their strengths in the first place. 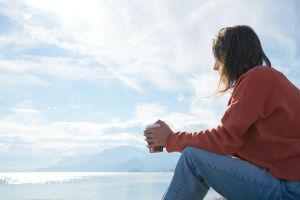 How To Battle Self-Doubt?

The key to battling self-doubt is learning to trust ourselves. When we deal with self-doubt, we’re trusting ourselves to make the right choices…behave the right way….think the right thoughts. We struggle with the ‘what if we’re wrong?’ thoughts, sometimes to the point, we get stuck and just don’t step out.

When dealing with self-doubts, I realized I just wasn’t being very reliable with myself. I’d make plans I didn’t follow through with because the ‘what ifs?’ almost crippled me. I knew I needed to learn how to trust myself again.

How Do I Trust Myself?

There are a few things we can do to begin trusting ourselves. For starters, we can do what we say we will do. If we say we’ll get up earlier to have more productive days, don’t hit the snooze button. Do whatever you must to get up when your alarm goes off, and then get going. A failsafe way to do that is to be realistic about the time you’ll get up. Plan to get to bed earlier so you’ll get enough sleep (that’s a win on many fronts!) and do it. We don’t need to set ourselves up for failure, but we can’t be so afraid to fail that we don’t even try.

Additionally, look at your thoughts and behaviors. You may be sabotaging yourself and not even realize it. I had a client come to me about a time management challenge, but it turned out that she just couldn’t set boundaries for herself. She overcommitted to everything, fearing that saying ‘No’ may mean she would be rejected. Look at what motivates your behaviors, and don’t let the fear of rejection lock you into (or out of) anything. Not everyone in this world will like you or what you say or do, and that’s okay. Learning that and not worrying about pleasing everyone means you’re empowered to do what is good for you!

Most importantly, pay attention to what you are thinking. Don’t let that inner critic run the show. If you start doubting yourself, question if your thoughts are really true. Put it to a test, and you may just learn that you’re far more competent and capable than you ever thought!

Questioning ourselves–the words we use, the actions we take, and the decisions we make–isn’t always a bad thing. In fact, there’s a benefit to the opportunity that comes with making mistakes and growing from them. We also leave room for others’ points of view, and acknowledge that we’re not always right or get things right the first time.

Self-doubt can be harmful, especially when we’re so stuck in something for fear of rejection or not doing it well that we don’t even attempt to do it. Playing it safe and staying small means we miss out on many great things that are meant for us if we’re willing to step out.

It’s normal to second-guess ourselves, but it’s not healthy to be paralyzed by decision-making because we’re afraid of the outcome. It’s very rare that something can’t be undone. When we are courageous enough to step away from that inner bully voice, we can live life to the fullest regardless of fears!

Brenda Reiss is a Forgiveness Coach and author of “Forgive Yourself” and “Journey to Your Heart Space” and host of the “Forgive Yourself Podcast”. She facilitates workshops and group programs that guide women from being stuck in guilt, resentment, and self-sabotage to feeling freer, more expanded and ready to share themselves and their passions with the world.

Wondering if you are ready to work on forgiving yourself?

Take our quiz to find out!

Buy Brenda’s Book and learn how to…