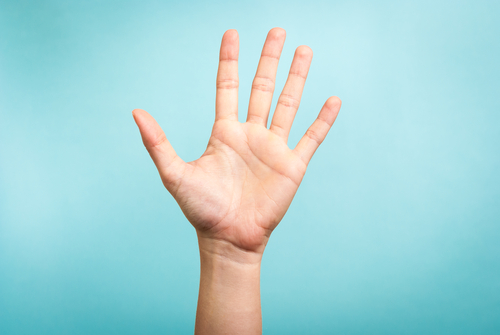 When I left my ex, my heart hurt so bad I thought I was going to die. It was such a co-dependent relationship and I knew it had to change and he wasn’t willing to make changes so I had to leave to save myself.

It was so hard to see him “go on with life” with dating and looking all together. Now, this was me making judgments and comparing my insides to his outsides and my insides were crumbling fast. I couldn’t even think that he could be feeling the same way I did.

The thoughts that I had were not pretty. They were of the revengeful type. In fact, I wanted him to suffer and even die. Because I thought it would be easier for me to not hear about him or see him in the community. I just wanted him to go away so my pain could stop.

What I didn’t know was that the pain wouldn’t stop because it wasn’t really about him. Meaning, the pain I was feeling wasn’t all from him. It was from my own life. Yes, he messed up and I did too. Yet the suffering I was feeling was of my own making.

With the Forgiveness work I was able to release the feelings of revenge that I had for him along with the other people in my life and today, we have a good relationship where I can think of him and not be angry or resentful or sad. It’s the gifts that I look at today which is a huge improvement and that’s what I would like for you to feel.

Here are 5 ways to tell if you’ve forgiven someone:

1. When you can think of them without thinking of the hurt they caused you.

Being able to have just normal types of thoughts about the person is what you are aiming for which means you are dropping the grudge you hold against them. Getting to even a neutral place is good.

2. What if they needed your help?

Not that you would run out and do that now. Yet, if you think into this or feel into this thought of them needing your help, would you do it?

Does the thought or feeling come up as yeah, I’d help them or hell no!

This is just a barometer of where you are at with this person.

3. Can you think positive thoughts about this person?

Is there anything good that comes up about them? If there isn’t anything good, then that tells you that maybe there’s more forgiving to do. Your thoughts & feelings are a guide.

4. Do you think of wanting revenge?

There may be consequences that need to come for this person, but does your heart want to hurt them? If so, would you call this forgiveness?

5. When you have stopped looking for them to fail.

If you have truly forgiven someone, then just like you would for anyone else, you would want them to succeed or at least do better in life. Forgiveness means you’ve stopped keeping score of all the person’s wrong doings.

This is not easy! Yet it is powerful when you can get to the place of forgiveness. Especially those that we loved and spent time with and maybe even thought it was forever or at least a long time.

Forgiveness is a choice.

It’s a release of anger and any bitterness or grudge.

It is a conscious choice to remove the right to get even from the person who injured you.

It’s not a release of responsibility or an absence of healthy boundaries on our part.

When we are angry, resentful or blaming someone else for our pain…we give them our power.

Forgiveness is taking your power back.

Want to join the discussion?
Feel free to contribute!

How Does Forgiveness
Affect Your Health?

Is Inner Work
Scary To You?
Scroll to top